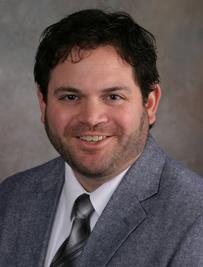 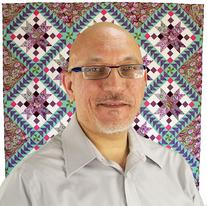 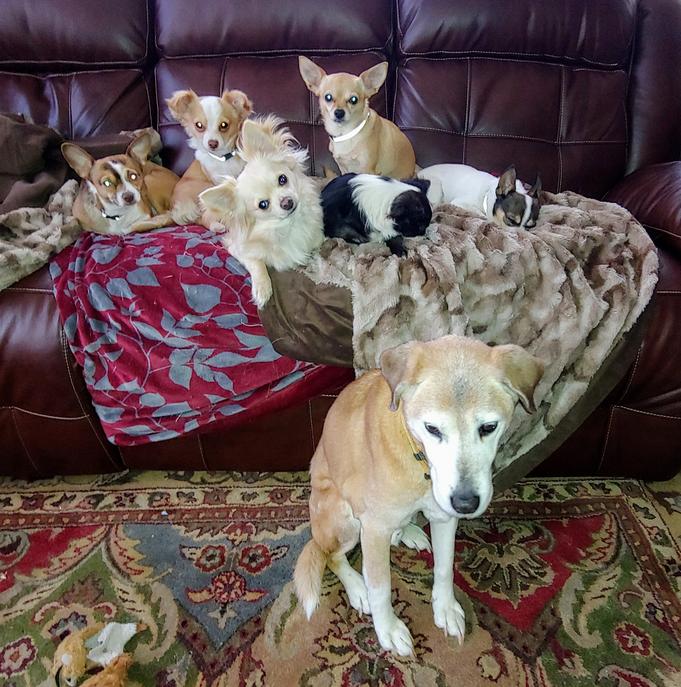 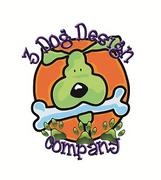 Where The Creation Happens....

My recent quilting adventures reemerged when I moved to Missouri around 2006. However, my interest in crafting started at a very young age. I began my first craft project at the age of six. My first niece was about to be born and with my mother's help, I created a quilt for her. Now, this was not a patchwork quilt, but was hand embroidered. I carefully selected pages from many of my coloring books. My mother then transferred the images to a piece of fabric, which I then embroidered with a running stitch. I used different colored threads and filled in each area with color. My mother heat set the color and we completed with a backing and binding. My niece used that blanket until it was tattered and torn, and even then she still carried it in her pillowcase.

As my niece grew, so did my craft and design sense. By the time she was walking I was designing dresses for her (I must have been about 12 at that time). After I designed a dress, my mother again was there to help me. Together we created a pattern, cut out the fabric and then she sewed it all together. How great it felt to have my niece wearing something that I help create!

Needless to say, my interests also grew. I remember one year sitting around while my Aunt visited from Chicago. She was knitting Christmas bells and I was totally enthralled. I asked her to show me and I learned to knit at an early age.

Well, many years went by, I graduated High School and the University and joined the Air Force. It was during my time in the Air Force, probably around 1990, that one of my friends was knitting booties and remembered "Hey, I can do that too." So, I immediately drove to the nearest yarn shop, bought a book, yarn and needles and proceeded to knit a cabled sweater. Unbelievably, the sweater was completed, AND WEARABLE! So, I continued to knit and knit and knit!

You must be thinking to yourself, "So, when did he actually start quilting?" To answer that, we would have to fast forward to the mid to late 90's. I discovered HGTV and Alex Anderson. Oh, what was that she was doing, cutting up fabric and sewing it back together and making a quilt? Oh, wait, now there was PBS and Eleanor Burns, Quilt in a Day. I watched many shows think to myself, "I wish I could do that." Well, I bought some magazines and continued to watch the programs. Then, one day, there was Eleanor's son on the show, and he was quilting! Wow, guys can do it too!

After that, I knew I had to try. So I proceeded to my nearest Hancock Fabric store and bought a pattern, fabric, and all the necessary rotary cutting tools. I proceeded to measure, cut, sew and then quilt my handiwork. After seeing that mess, I am amazed that I tried again. I tried one or two more projects with little to no success. Then, I found it! A quilt as you go log cabin book, how great, how simple! I am sure it would have been, had I not select the thickest polyester batting that that had! I did complete the quilt, and after the first few washing's, the seams began to burst. What a mess!

I wasn't going to give up! By this time Alex Anderson had a few male quilters on her program. "By gosh, if they can do it, so can I!"

My next attempt was a Block of the Month. I figured, if I took my time, I may be able to make this work. By this time two quilt shops had opened near my small town in Florida. I bought the fabric and wouldn't you know, after 12 months, I had my first completed quilt! I took it to a local quilter and I still have that quilt today.

By this time it was around 2001. After my mother passed away, I stopped quilting, moved around a bit, and then finally settled in Saint Joseph, Missouri in 2006 It was here I rediscovered my love of quilting, found wonderful quilt shops, and the rest, as they say, is history.

My first quilt design was called Super Nova, and that quilt appeared at the AQS show in Knoxville. To make sure that wasn't a fluke, I redesigned the quilt as Anemone, which hung at the AQS show in Des Moines. It was during this show that I presented this book idea to the publisher

My next attempt was for the 2010 Hoffman Challenge where I created Love-Me-Knot. I was fortunate enough that this quilt made one of the traveling trunk shows and has been displayed at International Quilt Market in Houston.

While at some of the quilt shows, many people asked if my patterns were available, so it was at this point I decided to start up my quilt pattern company, 3 Dog Design Company.

Matt comes from a diverse background combining nearly 20 years of retail and design specializing in visual merchandising, buying, and management. His background includes working for companies such as Nebraska Furniture Mart, Saks 5th Avenue, and a division of the Home Depot; Home Decorators Collection. He earned his way into the retail corporate realm serving as the Visual Merchandising Manager - Corporate Officer with Home Decorators Collection based out of St. Louis in early 2008.

Along his journey, he has collaborated with designers such as Martha Stewart, Jaclyn Smith, HGTV, and David Bromstad from Design Star. In addition, he has owned two of his own interior design and antique businesses, MR Interiors and Classic Finds, Inc.

Matt is an Iowa native, who has worked all over the U.S. with these various entities. He relocated back to the Midwest after 15 years in 2013.